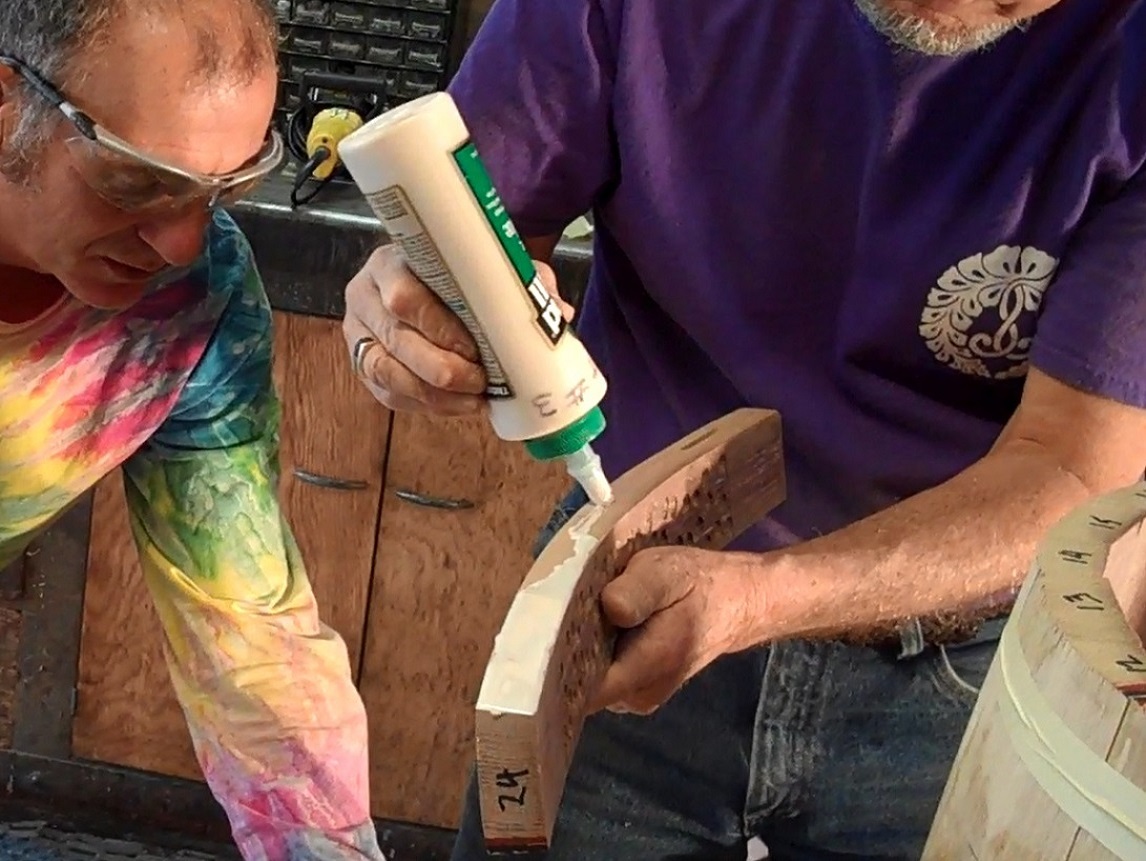 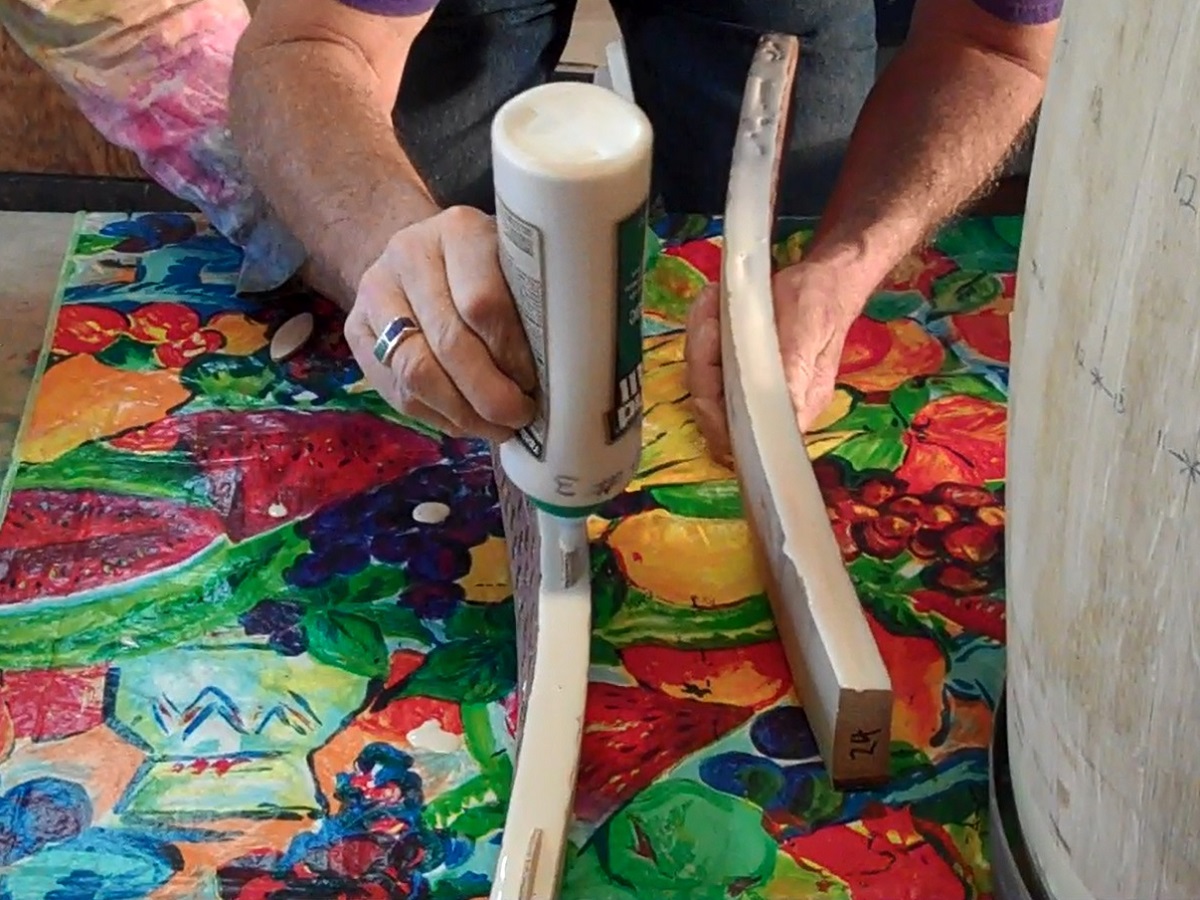 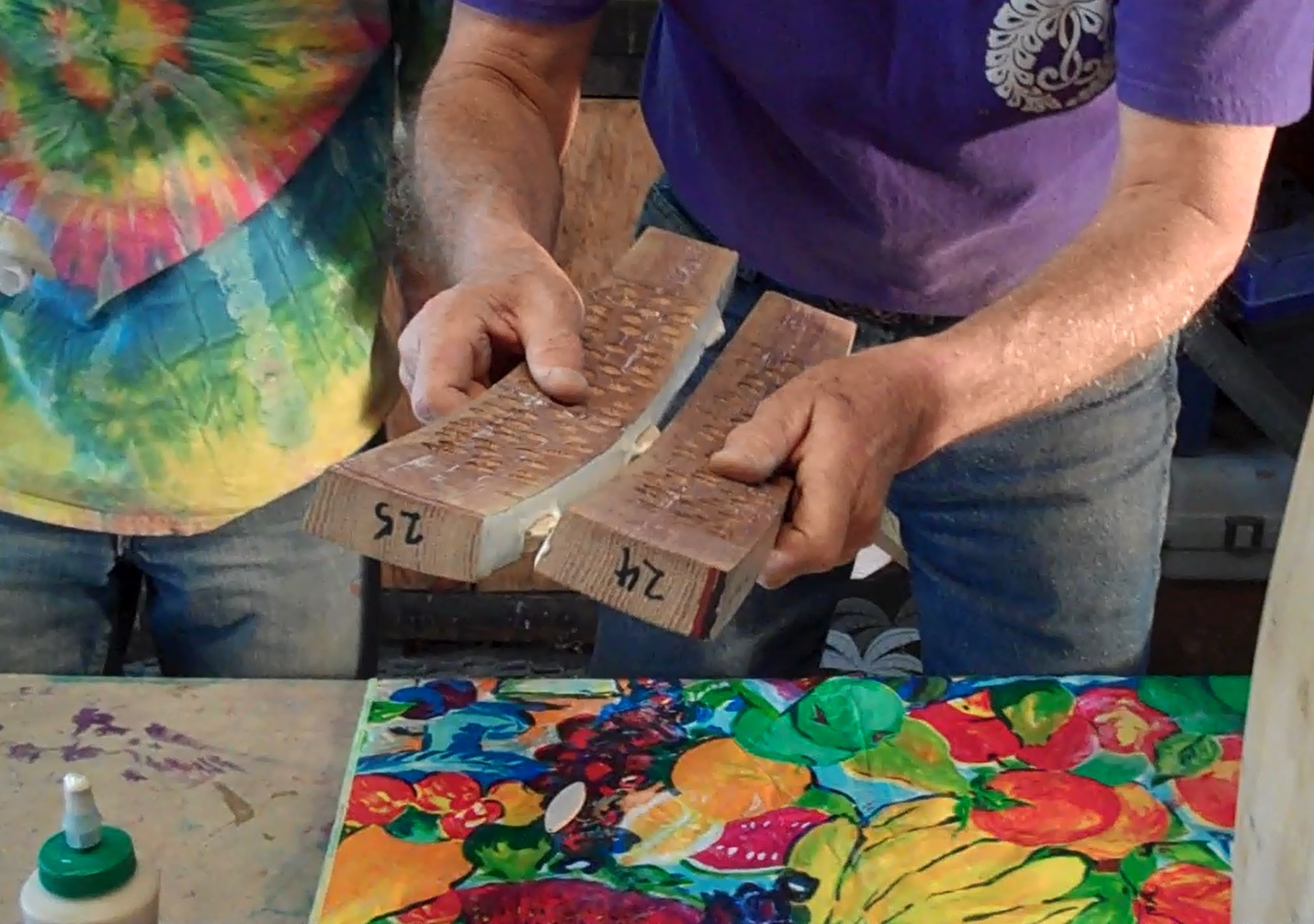 Prior to any gluing, we put the barrel together with the biscuits and make sure it all fits nicely.  At this time, we add just a small piece of masking tape to the edge of each biscuits.  It helps to hold them in place while you are moving that stave.  The masking tape must be removed when gluing that particular joint.  We also use masking tape all around the barrel to hold everything when we take off the rings.  We use a pounded down piece of metal pipe on the edge of the rings, but you can also pound on a bolt.  Once the rings are off, you can open up the barrel and remove the two staves to be glued.

Because of the biscuits, it takes a bit of time to spread glue on the two stave edges and the biscuits. Once the two staves come together, it is best not to be moving them around as the glue starts to set. We decided to glue just one joint at a time, pounding the two staves back into the rings to dry. Originally, we tried gluing pairs of staves out on the bench. The result was that the slight incorrect angles that we formed made the barrels oblong when they went back into the rings. We have seen many examples of drum makers doing all the glue joints at the same time, but either it takes a large group of people, or they don’t seem to have biscuits in the joints. This is the best way we could come up with to keep the barrels circular. It does take a while to complete the gluing. With two joints per day, and typically 24 staves, it is nearly two weeks to get a barrel completely glued.