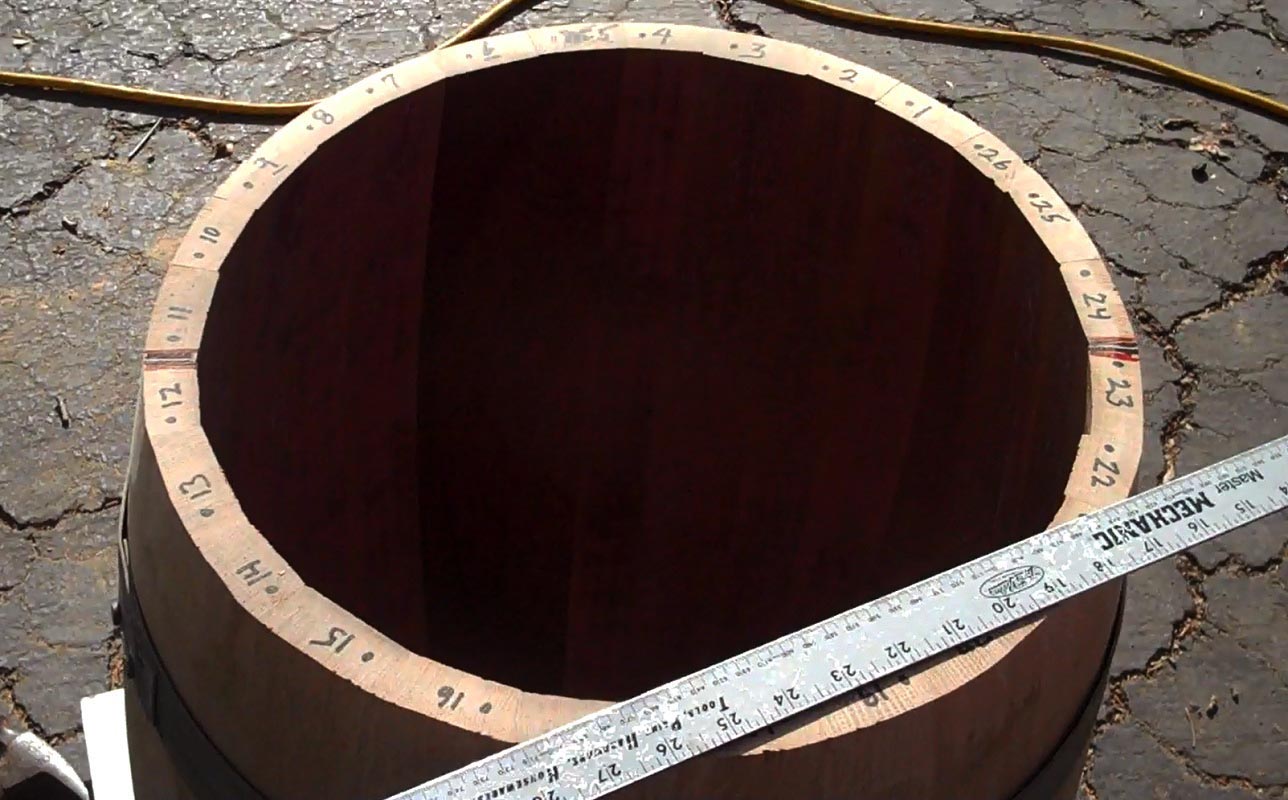 Once the barrel has been flattened, next the top and bottom rims are marked with stave numbers. We put a dot after the numbers on the bottom so that when the staves are out of the rings, it is quick to see which way to orient the stave when putting it back. We also write “TOP” and “BOTTOM” on the rings with a Sharpie to keep this visually organized. Because we glue the staves one at a time, the last gluing will be when the two halves of the barrel come together. As you can see in the video documentary, we search for two staves that will divide the barrel in half. We do this by putting a steel ruler on top of the rim and rotating it around to see if any staves line up. When the best fit is found, we mark these staves with a red double line. This helps as we choose different staves to glue, so that we always skip this choice until the very end.

Prev Next: Marking the Staves